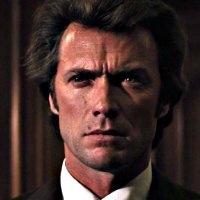 Idea: Come up with a cool thing to recite for if I’m ever in a situation where I’ve chased down a punk criminal, fired off a handful of gunshots during pursuit and then the bad guy falls down and his weapon is next to him, just within his reach and he has to make a choice as to whether to go for his gun while I stand over him with my gun pointed right at him.

Whew, that was crazy wasn’t it? Oh man, I am so pumped right now, chock full of adrenalin! Did any of my shots hit you? Are you okay? That’s good. I don’t think I got hit, either. Small wonder, all the lead that was flying around there. Hope nobody else got caught in the crossfire. Okay, I see you looking at your weapon there. You thinking of maybe picking that up and using it on me? Hmm, might work. To be honest I’m not even sure if I have any bullets left in my gun, so you might have a good chance. Or maybe I do have a bullet or two left and I’d kill you right here, right now. Tell ya what. I’ll let it be your choice. So, whattya say? Wanna roll the dice, figuratively speaking?

(Upon hindsight, this is way too wordy. Get to the point, Harry!)

That was mad nuts! Ah uh huh, don’t even think of going for that gun there. I’ll shoot you down if you do. That is, if I have any bullets left in this here gun here. (If he asks about the gun) This? It’s a .44 Magnum. Yeah, it does look pretty powerful. That’s because it IS! Bigger than your gun that I see you eyeing. You reach for that gun, chances are you gonna die! Just sayin’. So, you gonna flip a roll the dice, asshole?

(Like the “you gonna die”. Don’t get into a dialogue though. Too many unknown factors. Better pacing though)

Well, look at you, laying there on the ground. Not so tough now are ya? We both got caught up in some pretty wild emotion there, huh, firing guns all willy nilly. For all I know, this powerful .44 Magnum might be out of bullets right now. Not to give you any ideas, but you might have, maybe a 50/50 chance of getting away if you make a grab right now for that gun beside you. But I’ve never been good with odds, so you might be just as likely to get your head blown off. I guess your question to yourself is “Am I ready to flip that coin?” Hmmm?

(Willy nilly? Also, don’t give him the idea of going for his gun. Some good stuff there, but still not right. Like flipping a coin over rolling dice. Still showing too much respect to the punk criminal though)

Don’t know about you, but I kinda lost track of of how many bullets I have left. That gunfight was confusing in its excitement. You could go for a grab of your weapon there and I could try to stop you by shooting this .44 Magnum at you. Maybe it fires, maybe it doesn’t. It’s a really powerful gun – like, most powerful in the States right now. If I do fire, I’ll likely blow your head clean off. So it’s your choice. Pick up your gun or no? Feelin’ lucky enough to flip that coin? Huh, arsehole?

(Getting there, maybe. Find out about stats for Magnum’s power. Don’t give options. Treat the punk like the scum he is.)

I know, I know. With the excitement we just went through, I don’t know who has bullets left. Were you counting my shots. Maybe 5? Maybe 6? I don’t know. But this is a .44 Magnum, according to Gunshot Magazine, it’s the most powerful handgun in the world. Not just the states. The world. It could easily blow your head off. That is, if I have even one bullet left. So, how you feelin’? Feelin’ lucky, ya punk asshole?

(So close! One more pass at it and we might be there.)

I know what you’re thinking. “Did he fire six shots or only five’?” Well to tell you the truth, in all this excitement, i kind of lost track myself. But being that this is a .44 Magnum, the most powerful handgun in the world, and would blow your head clean off, you’ve got to ask yourself one question: ‘Do I feel lucky?’ Well do ya, punk?

(I think that’s the one. Hope the situation arises where I can use that exact phrase at least once. Maybe even twice!)