Last night, before our 4th performance of Annekenstein & Friends, I was told that a lady wanted to meet me and talk after the show, and that she had a book that mentioned Annekenstein in it. I was intrigued but assumed it might be someone who was a bit, I don’t know… Kooky. Who mentions Annekenstein in a book, after all.

Turns out, Don Harron does. The lady in question was Claudette Gareau, who was married to Don Harron for the few years before he passed away. After our show, I met her and she showed me this book, written by Don Harron: 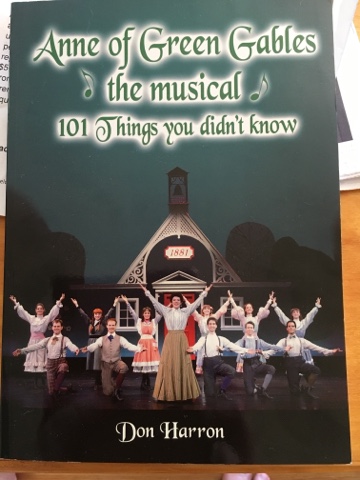 Anne of Green Gables, the musical – 101 Things you didn’t know

I hadn’t heard of it.  I started to piece things together and assumed that he must have briefly mentioned Annekenstein in passing in the book. Don Harron had seen one of the original seasons of Annekenstein and was very kind in his endorsement of it.
Anyway, Claudette told me to turn to page 98, and it further turns out that he had devoted one of his 101 Things to Annekenstein: 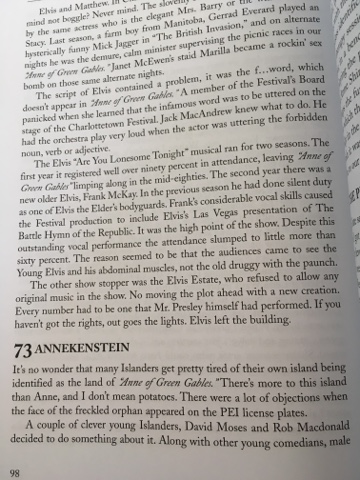 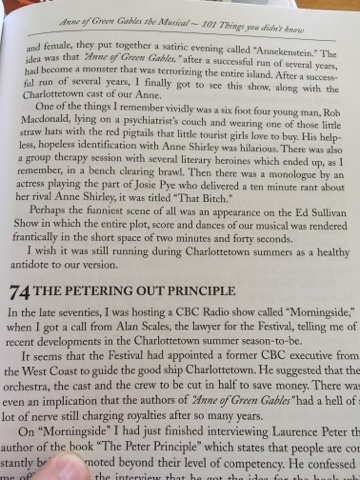 I was beyond thrilled, and touched. She was very effusive in her appreciation of the show she just saw, and wanted me to know how much Don Harron enjoyed the show he saw, and how he often would mention it to others.

I’m really glad he saw it and enjoyed it. Really thrilled that Claudette came to the show and gave me the book, which she signed with a very nice note.